Amorous? Okay, I’m going through these as I found them, but when this is over I might have to rewrite the whole list. I have never listened to a record (and I’ve listened to a lot of records) and said “Wow, is this record amorous“. I’ve listened to some romantic music, some really good love songs, and even some sexy tunes, but I don’t know about amorous.

Ok, so maybe this question is trying to hit at the Barry White smooth grooves, or Marvin Gaye, Al Green, Sade. Perhaps this is pushing towards Peabo Bryson and Roberta Flack, or Roxy Music, Prince, Chris Isaak…

I don’t know. I think My Bloody Valentine can be sexy or romantic, or I’d go with the Cure, Peter Murphy, Nick Drake, Morphine, or even Air or Massive Attack.  … and then … when? An amorous album for me when I was 18 is completely different than what I was grooving to at 22 or 31 or 46…

So lets go back to the Sonic Amour of the past. Maybe Clan of Xymox … no. Maybe Tricky … no. Let’s move to Seattle, circa 1996, and put on an album by Laundry.

Laundry were an amazing band, pulling in light and shadows and gothic lounge rock indie pop jazz bebop noise and delivering it all with a style that was part Nick Cave, part Dean Martin, part James Bond and part just dangerous.

Songs like “La-La-La-Love” and “In Tonight” made all the girls swoon and all the boys want to learn how to swoon. The previous album, The Well, had some sexy songs, but Momentous? For me, right there, right there, it was Amorous. 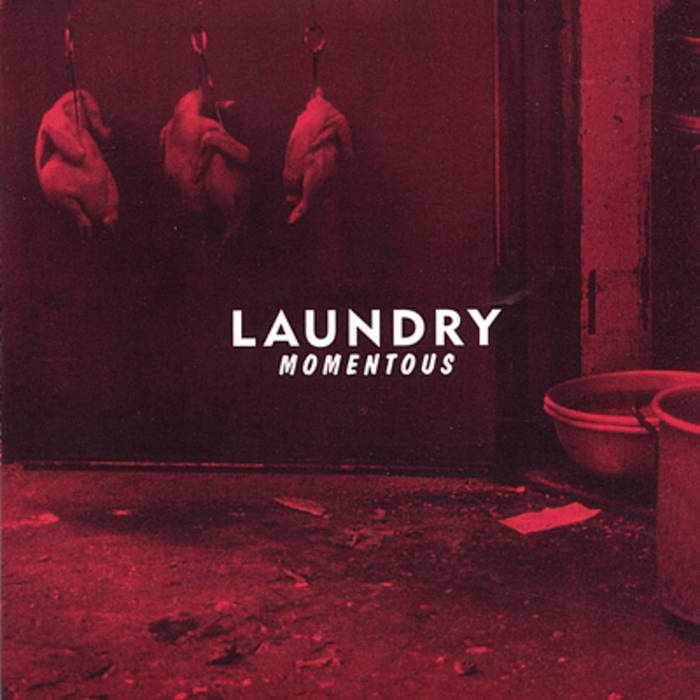