Day Twenty. An album you can’t believe you enjoy, as it’s far from your typical taste

I don’t think I’ve ever listened to an album and thought, “I can’t believe I enjoy this!”

I’ve always had pretty eclectic tastes, and have found enjoyment in a variety of genres and styles, so this feels like a tricky question.

I have wondered if I was going to like an album, not knowing the band or the sound, and I’ve either enjoyed it or not enjoyed it, but I don’t know if any of the albums I like are really surprising. This isn’t a “guilty-pleasure” album, it’s a “wow, you like that? I didn’t think you’d be into that.”

So I probably need to look at outside of my comfort zone genres. Jazz and Blues? Pretty obvious. Classical? That would be one, but I really don’t listen to enough to have a whole album of enjoyment. Country, Folk, or Soul? Still on the obvious tip. So maybe Reggae? Actually a few albums there. But I’m thinking I need to look at Hiphop or Electronica, but I don’t know –

How about this one. I can’t believe I enjoy that album by 3rd Bass. The Cactus Album. Probably first heard it in Colorado, 1990 – but it stuck with me. Of course, my favorite song is “Wordz of Wisdom (pt. 2)” which samples Depeche Mode, but the whole album is pretty slick and fun.

So, I’m going with that.

Honorable Mentions go to Tourist by St Germain, Anthem by Black Uhuru, LCD Soundsystem’s American Dream, and The Capitol Studios Sessions by Jeff Goldblum and the Mildred Snitzer Orchestra. I feel those are all also slightly outside of my normal listening habits. 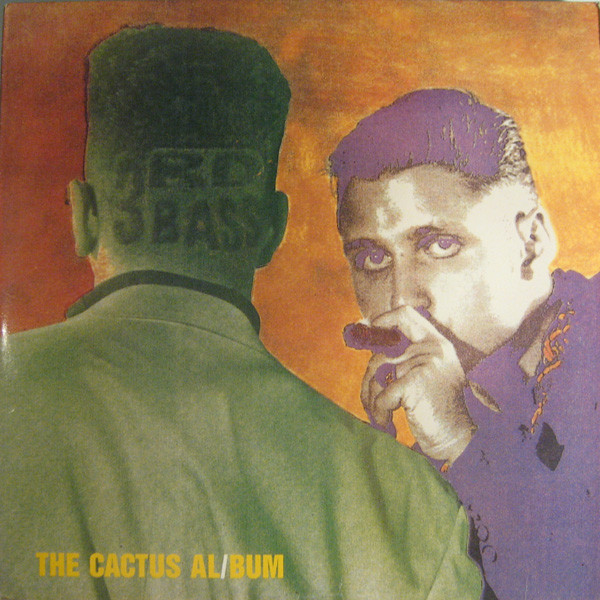