Day Seventeen. An album that reminds you of home.

There are a few places I’ve been that I would call home, and a few albums that can take me to all of them. Home is where the stereo is, right?

But – to keep it simple, I’ll go with my family home in Vancouver, late 70’s. I spent a lot of time listening to my parent’s records, finding things I didn’t like, finding things I liked, finding things I loved. My father had a fairly straightforward collection of classical and some jazz moods mixed in, with the random outlier thrown in, while my mother had assembled a more eclectic collection. Definitely some fantastic Jazz in there, but also artsy pop and strange rock. I still do not know how KISS Rock And Roll Over ended up in the collection, but that album definitely pushed me in a certain musical direction … but that’s not the record that brings me home.

That one would be Radio Ethiopia by the Patti Smith Group. Released in 1976, and I started listening to it not long after. I was captured by that music, though I wasn’t sure what the songs were about. Not past the obvious. “Ask the Angels” was obviously about having questions for the angels. “Ain’t It Strange” was about something being strange, but my favorite had to be “Pissing In A River” because it was about pissing in a river, right? And I was around 8 years old.

1976 also saw the release of Arrival by ABBA, Crystal Ball by Styx, and albums by the Bee Gees and the Bay City Rollers, to name a few. I often wonder how I would have ended up if my parents had those albums in their collection instead of Patti Smith and KISS. But perhaps it wouldn’t have made that much of a difference.

Music finds a way. And Radio Ethiopia brings me home. 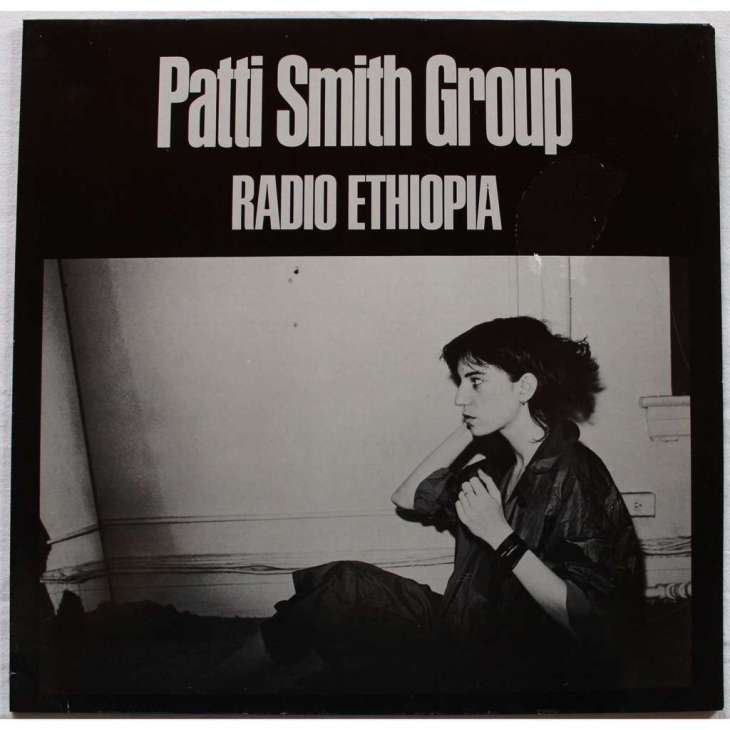