counting crows august and everything after

So, this one. I used to have “guilty-pleasure” albums. I don’t think I do anymore. At this point in my life, I am confident and secure in my musical choices. I think there is good music and bad music, but those definitions are usually very subjective. I am not going to feel guilty about listening to music I like. This was not the case in my teens and twenties. When I was thirteen, Air Supply was a guilty pleasure. I was “supposed” to be liking ZZ Top. When I was twenty-three Lenny Kravitz was a guilty-pleasure. I shoulda been sticking to Radiohead, Dinosaur Jr., and Mazzy Star.

Now, sure. There are some songs that are a little suspect. I’ll sheepishly admit to liking “Drinking in LA” by Bran Van 3000, or that one song by the New Radicals, but a full-on guilty-pleasure album? That’s tricky.

Albums I don’t often talk about liking? Maybe I’d look at bands like The Hothouse Flowers, the Cardigans, maybe Tori Amos with Little Earthquakes. But y’know, I’m not really “guilty” about those. Maybe Doug and the Slugs? Cognac and Bologna, anyone? So … I’m scanning the songs, the bands, the albums … and I think the guiltyist album I have is the one titled August and Everything After.

And even now, I don’t really feel that guilty. I mean, maybe it’s kinda sappy and not at all edgy, but I enjoy it more than a lot of other things people have called music. Besides, it’s not like I’m a Counting Crows fan or anything … this is the only album by this band I can name. I’ve had no interest or desire to listen to anything else in the Counting Crow catalog. But since 1993 (coincidentally the same time I wasn’t telling anyone I liked that Lenny Kravitz album) I’ve been occasionally throwing this album on and grooving to those roots rock country pop adult alternative mainstream tunes. And I’ve never really talked about that.

I think there is a possibility I gravitated towards this at the time because of the mood and the lyrics, and the way it is simultaneously non-offensive and catchy has kept it in my casual listening playlist. It is also possible this might no longer have to be a guilty pleasure, and that’s an interesting thing about this. Once a guilty pleasure is shared and possibly accepted, it’s no longer guilty, is it?

“And in between the moon and you
the angels get a better view
of the crumbling difference between wrong and right.” 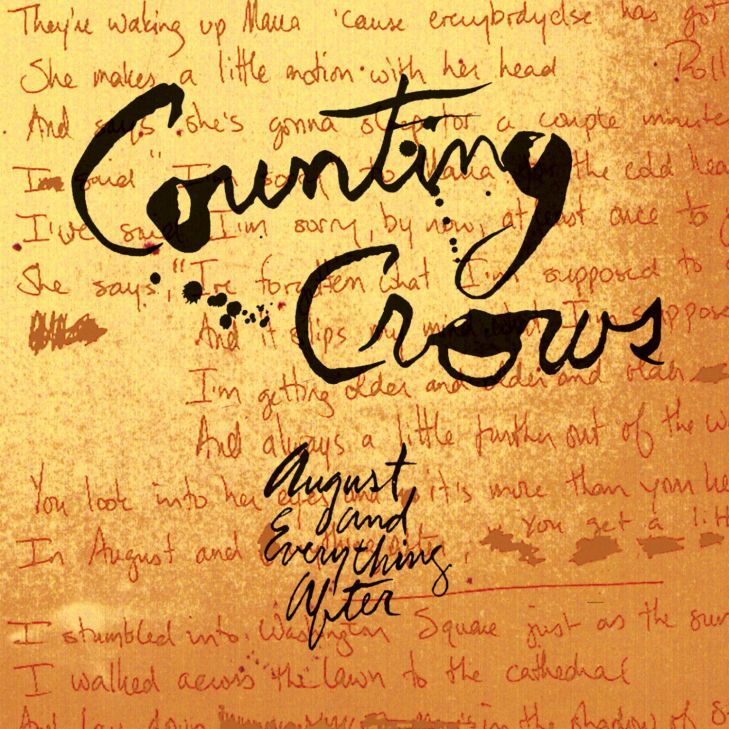